A woman once leaned forward and grasped my hands across the table of our farmers’ market stall. “Thank you so much,” she said. “Farming is the Lord’s Work.” 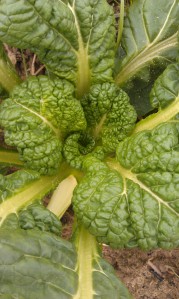 I stuttered something polite and bagged her bok choi but later it occurred to me how different the truth is from her intention. Far from being the Lord’s work, farming is pretty explicitly punishment to which God condemns Adam and Eve as He throws them out of the Garden of Eden.

“Cursed is the ground because of you,” God says to Adam,

“Through painful toil you will eat food from it
all the days of your life.
It will produce thorns and thistles for you
and you will eat the plants of the field.
By the sweat of your brow
you will eat your food
until you return to the ground…”

And while the outcome of the quarrel between Adam and Eve’s children, Cain and Abel, is well-known, the basis for their conflict is less scrutinized: Cain was a farmer and Abel was a herdsman, and God preferred Abel’s animal sacrifices to Cain’s bushels of grain, no matter that they were produced through painful toil. Cain, already laboring under one curse from on high, is cursed yet again when he lashes out in a jealous rage and kills his brother. Cain’s punishment–to wander the earth and never to settle, to be rejected by everyone he meets–is particularly cruel, I think, for someone whose livelihood depends on the seasons and the soil.

The God of the Old Testament has a clear grudge against agriculture, so I don’t harbor any illusions about doing the Lord’s work. If anything, says the Bible, farming is the kind of thing you want to keep away from your children: the road to hell runs along a bed of well-weeded carrots.

But if I have a religion, it’s in the soil and the sun. These past two years in the field have made me an agricultural evangelical, a horticultural heathen, a missionary for the Church of Eating Your Vegetables and Growing Them Too. I don’t worship any parts of the ecosystem for which I proselytize; worship strikes me as something one does from afar, without engaging. Rather, like Jacob with the angel who would give him his new name, to be part of the Church of the Farm one wrestles forces largely unknown and uncontrollable. 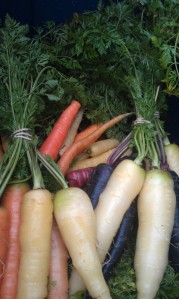 If religious feeling arises largely from faith, though, I have plenty. I have faith that food can transform people, families, communities, countries in the world. I have faith that we can change the way we grow food, sell food, eat food, and think about food in ways that will feed the poor, heal the sick, and perform lots of other modern-day miracles. My faith doesn’t just mean dining at farm-to-fork restaurants or shopping at the farmers’ markets and patting ourselves on the back for our good deeds, but really strenuously thinking about the role food plays in our lives and working as communities to make that role as beneficial to all players as possible.

And like most spiritual pursuits, that demand isn’t easy–but it is both possible and, I believe, a journey that can only be beneficial to those who choose to embark.